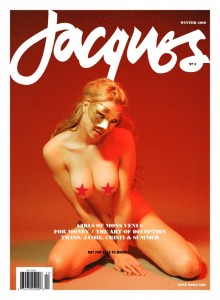 I’m excited about my recently published article in Jacques magazine, “The Art of Deception.” This piece examines the history of the courtesan, focusing on three historical eras when courtesan culture really flourished: ancient Greece and Rome, Renaissance Venice and fin-de-siecle Paris.

I loved researching this piece. Some of the texts I found were privately published in the early 20th century for discerning male readers, sort of as intellectual erotica. It’s amazing that men in the late 19th and early 20th centuries still found stories of Greek harlots and Roman prostitutes risque enough to attach alluring titles like “Fleshpots of Antiquity.”

The four hardcover issues of this almost-forgotten publication are among my prized possessions. I’m glad that Jacques is picking up the torch.