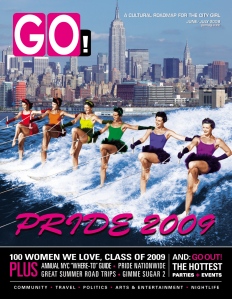 I was chosen as one of GO Magazine’s “100 Women We Love” in the June/July 2009 issue! Writer Cheryl Burke had this to say:

“While doing research for an earlier book project on former New York City Mayor Giuliani’s quality-of-life campaign, Long saw some interesting patterns. ‘I began researching Giuliani’s policies regarding adult-use establishments — the legal term for sex shops — and I discovered that municipal attempts to cleanse Times Square and the rest of the city of immorality and indecency amounted to more than a century-long local tradition. Even before Times Square existed, mayoral administrations had focused on cleaning up vice in the city’s red light districts.’”