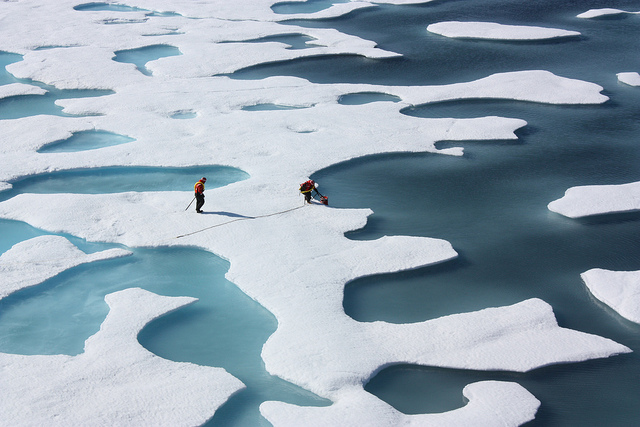 My latest story, “250-Year-Old Eyewitness Accounts of Icier Arctic Attest to Loss of Sea Ice,” has just been posted on Scientific American‘s website. This marks my debut for the nation’s most prestigious science magazine!

My story looks at ARCdoc, the research project based at the University of Sunderland, that data-mined old ships’ logbooks for weather information. The books came from the Royal Navy, Hudson’s Bay Company, and commercial whaling voyages, and all focused on Baffin Bay and Davis Strait in the North Atlantic. The team proved what many climatologists had theorized: that the region was significantly stormier and colder prior to anthropogenic climate change, and sea ice extended much further across open water.

Scientists can now look at ARCdoc’s reconstruction of this polar region before human-influenced warming, and draw conclusion about the current and future state of the Arctic.

I’ve followed ARCdoc’s progress for more than two years–since I came across an article in the Sunderland Echo that described the use of my third-great uncle William Scoresby’s whaling logbooks to create a sea ice dictionary. The story, and the project, spurred me to frame my biography of this unfairly forgotten explorer within his contributions to modern climate science.

I’m so proud to have my story about ARCdoc’s results, and Scoresby’s role in them, appear in Scientific American. It’s one step toward my goal of restoring Scoresby’s reputation as a polar pioneer.