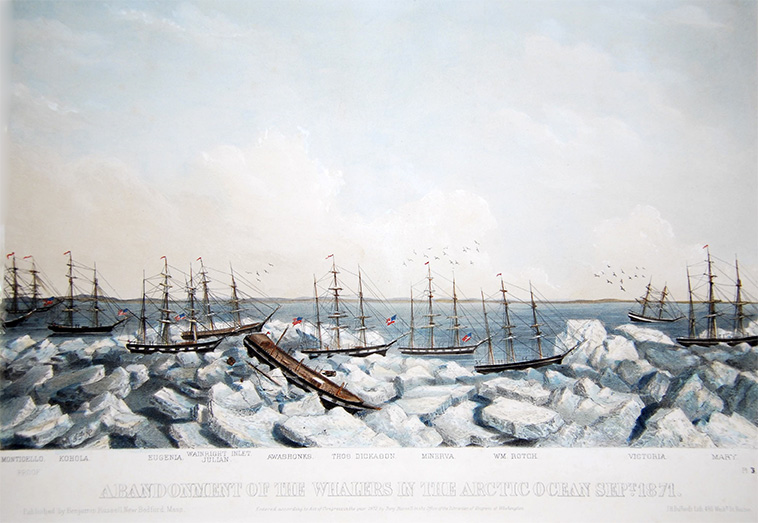 In the summer of 1871, a fleet of 40 American whaleships sailed north through the Bering Strait to the Chukchi Sea to hunt bowhead whales. They reached as far as present-day Wainwright, Alaska, by August, where the captains waited for the pack ice to clear so they could venture into the open ocean. Instead of shifting from the east as it had always done in years past, the winds pushed the floes toward the ships, pinning them against the coastal shallows.  END_OF_DOCUMENT_TOKEN_TO_BE_REPLACED